It has been suggested by some that dressing shabbily after 50 is something to be avoided, at all costs. To those who question my sartorial tastes I give you the following comparison: 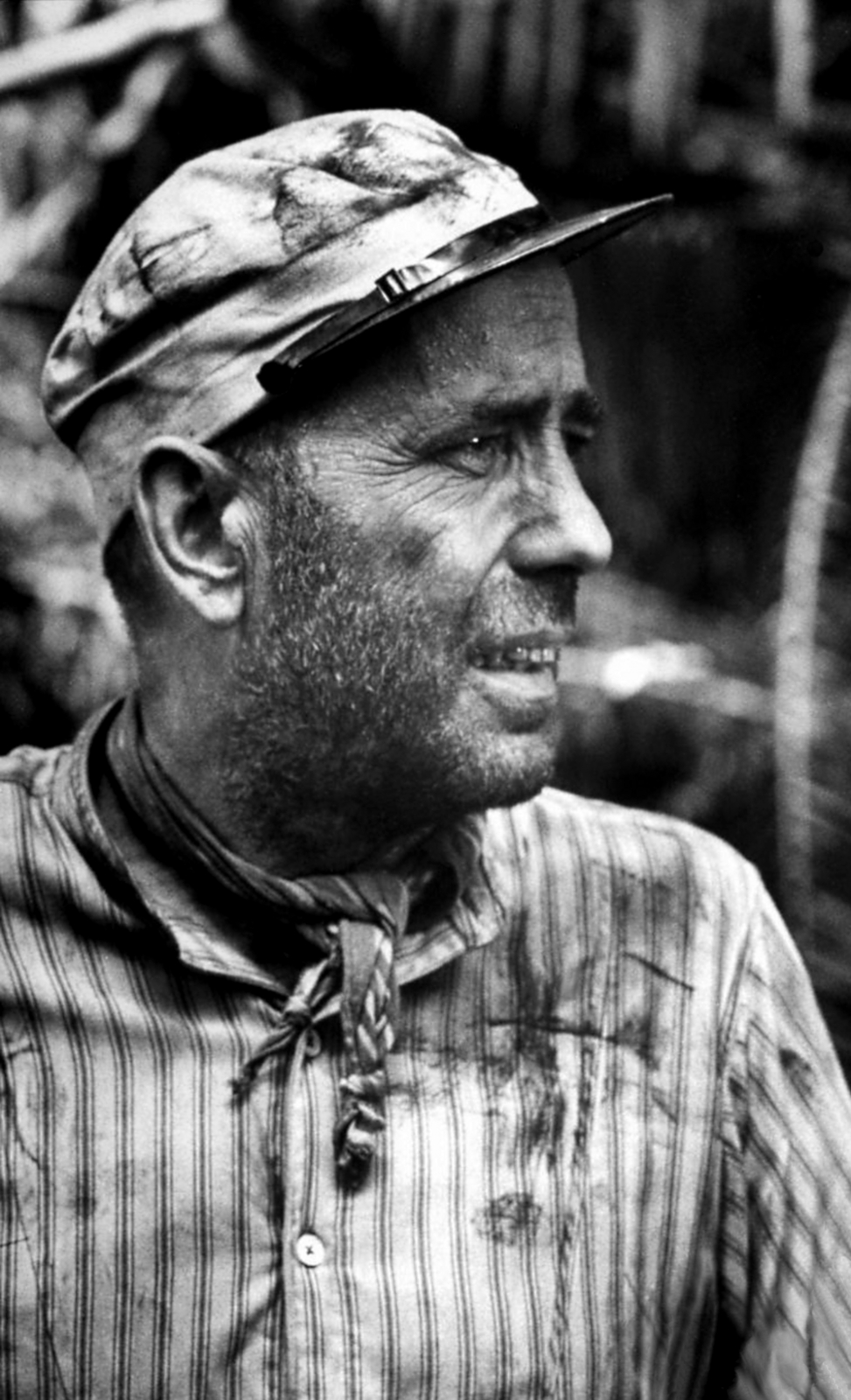 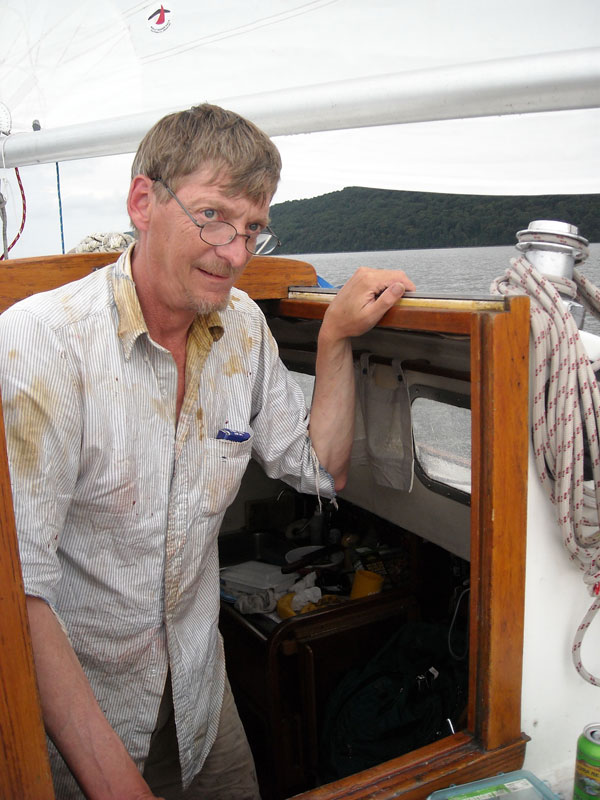 Sometimes dressing for the part can put you in good company!

What was hoped to be a lazy summer weekend of hanging about on my boat started like this around 7 pm on a Thursday, July 26th when the sun should have set after 8 pm. 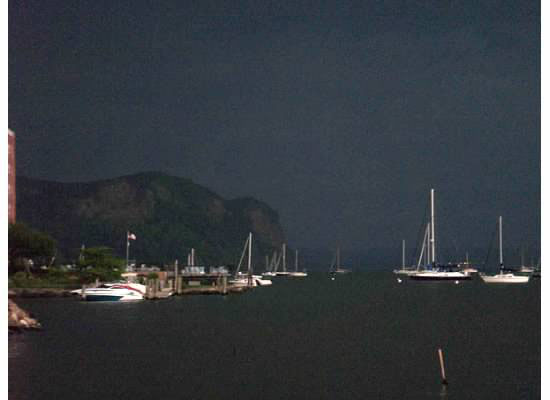 Shortly after I took this picture Donald showed up at the dock where Odalisque was tied up securely to two fingers of the dock. I was expecting high winds and we got some, a bit of rain and a tremendous show of very high altitude lightning after the front passed through.

I was hoping that this would be a fairly lazy weekend aboard Odalisque but apparently Mr. Murphy also came along for the trip. On Friday we tried to set out twice from the finger pier at NBC and twice the engine cut out and stalled. Something was not right with the engine. The second time it cut out on us I decided not to limp back to the finger dock and raised the jib so we could sail away from the dock and work on the engine later.

I decided to try emptying the gas from the carburetor, which is an old trick by now, and it worked just fine. We got both sails up and headed north towards Haverstraw Bay and enjoyed some light winds and plenty of sun as I imagined we would.

We spent the night in the anchorage inside Bowline Point, NY in Haverstraw without incident. The next day proved to be a rainy one as this picture might well attest. 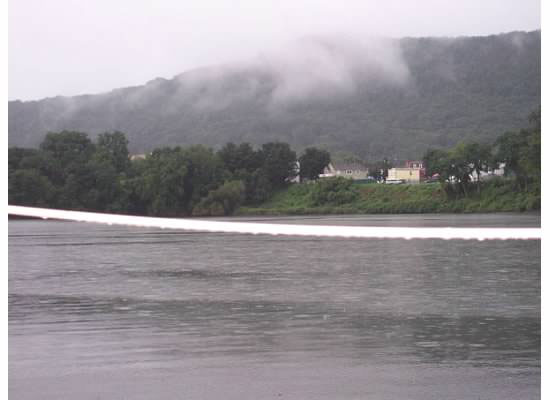 At one point on Saturday the 28th we attempted to leave the Bowline Point anchorage but I ran us hard aground at the entrance. So we waited about 2 hours for the tide to come up a few inches until we could get off again. Once we were off the bottom there were more rain clouds moving in so we anchored again to wait out the worst of it.

Much later in the afternoon we had some clear weather and tried our luck at getting around the shoal at the mouth of Bowline Point. With the aid of a helpful power boater in his dinghy we hugged the south side of the channel and were back in the Hudson River once again; this time heading south for Nyack and a safe dock to tie up at for the night.

It was about this time that I started to notice the engine making an unusual noise that sounded like a tapping but was more of a hissing noise when I opened the engine compartment. The discreet ‘pfft’ noise increased with the throttle so I kept the engine at near idle speed as much I could and we motor sailed in the light winds back towards home as night came on. This is when I most felt like I was back in the movie “The African Queen” as we kept the beast just barely chugging along. Wrenches and oil had been brought out and used but I put on my special boat work shirt for the photo that Don took comparing me to Bogie in “The African Queen” (one of my favorite flicks).

We made it back to Nyack and tied up at the dock for the night. It had been exhausting, lazy and fun time learning about how Haverstraw was really a brick town back in the 1800’s. That is about all they did there, back then, and the small bay we were in was used as a clay pit to supply the brick making activity until the river took it over. It is quite likely that we ran aground on a pile of bricks, or at least clay.

We never made it to the Hudson Highlands around Bear Mountain Bridge and above. We got close but given the engine issues we had things could have worked out very differently for us had we tried to get further north IF Bowline Point’s shoal had let us get out when we first tried. You have to be a bit philosophical about these kind of interventions by events and the weather. It was not meant to be and I’m sure we were a lot safer to be in a good anchorage that afternoon then out on the river when some rainstorms blew in.
I think Don saw a Sturgeon break the waters surface and I didn’t. It was one of the high points of my summer.