I wasn’t really certain how comfortable our T27 would be with 4 full grown men on board for a few days but with the right crew, planning, supplies and weather we enjoyed ourselves for three nights. Planning for this get together began a month or two before, as my crew drove or flew in from Virginia and Florida. Having a sailing weekend with my friends from 4th grade was well worth the planning and hoping.
The hoping paid off and we had great weather on Friday as we headed north from Nyack with a southerly breeze. We decided to try only the spinnaker as without the main you can see the sail much better, making steering a bit easier. The only thing not going for us was the current in the ebbing river/estuary which was one knot or more. We managed to sail about 15 miles up river with just the spin to Iona Island, just south of Bear Mountain Bridge, at which point we motored the last mile to the dock in the park. That is Bear Mountain Bridge in the background and Anthony’s Nose across the river. 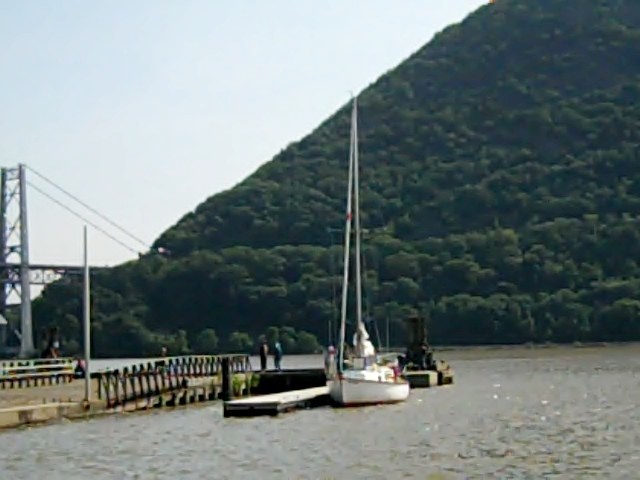 Since I had never anchored here I decided to tie up to the metal dock at the south side. There were no fishermen there when we arrived around 7 pm, just a few straggler park visitors. A park security vehicle did pass nearby but left us alone as we ate our dinner tied to the dock and spent an uneventful night. 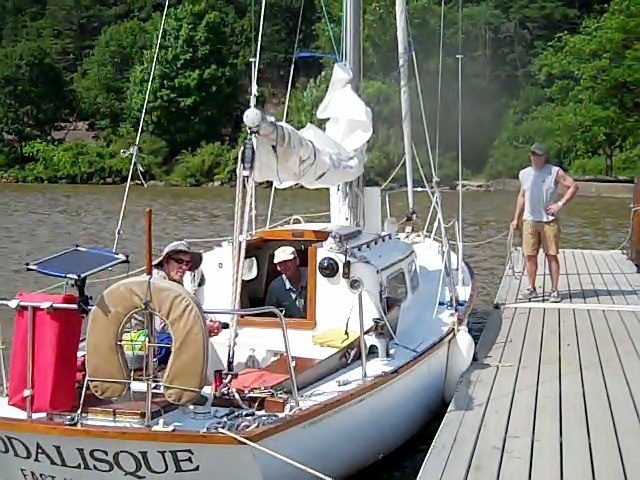 About 5 am a couple of guys showed up and began casting crab traps all around the dock. A few hours later there were several more fisher people on the pier. Only those of our crew who had slept in the cockpit were mildly inconvenienced but it was Saturday morning and we were in a park where people come to do such things as fishing and crabbing. In the future I might prefer to anchor a little ways south of that pier if I was more certain about the depths in that little cove. I’m thinking of rigging up a small fishing pole with a weight to use as a sounding device. The fisher folk kindly moved their crab pots and lines so we could back off the pier without taking their equipment with us and we headed back down river from the BM bridge. 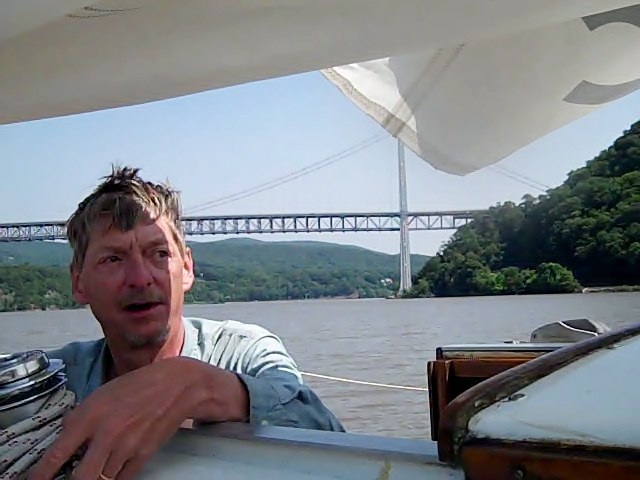 We could hear the 17 year Cicada’s noise emanating from the east side of the river but not the west as we waited for the ebbing current to kick in. It took a while but we tacked down to Peekskill in very light winds when a few tendrils of wind caught up to us. We rounded into Haverstraw Bay to find a regatta in progress and spotted Matt aboard Eric’s boat “Hee Soo” during a race. It was quite sunny and not so windy in Havertraw Bay. 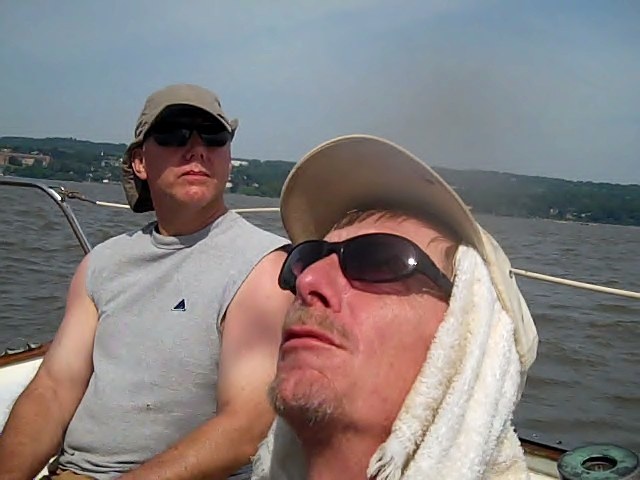 Once past Croton Point the wind freshened nicely. We were tacking into southerly high teens or nearly 20 knot winds with the requisite rollers. Shortly thereafter my duck billed hat blew off along with the old pair of Ray Ban’s I had sewn into the cap rim. I thought about reefing but we kept on and sailed right up to the Tappan Zee bridge before heading back to our mooring. It is at this point that I owe Donald an apology as he wanted to go under the bridge but I nixed that idea for various reasons. We were burying the rail and as we neared the opening to the south the rolling waves were worse as the bridge provides some shelter from waves from the south. I am always worried about losing a chain plate in such conditions so I tend to err on the side of safety, or being a wuss; however you look at it.

We spent late Saturday afternoon and evening safely tied up at Odalisque’s mooring celebrating with libations and some food. 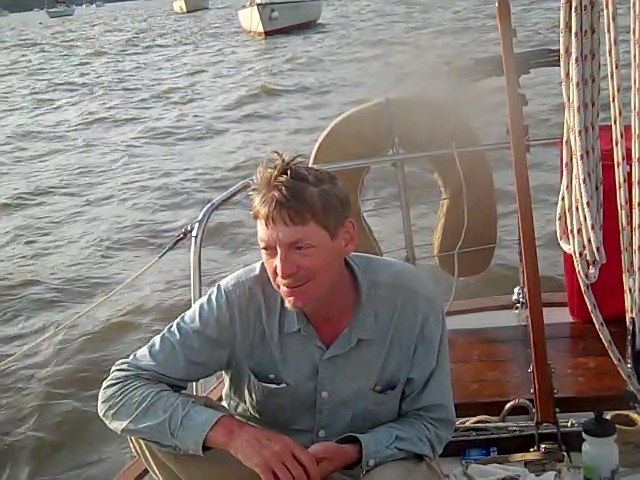 We were able to catch the club launch to shore with enough time for a quick visit to a local watering hole, O’D’s before catching the last launch boat back to our home on the water for the night. This made Sunday our “travel home” day and having the boat back at the club on Saturday enabled some to begin their long trips home at a reasonable hour.

For me, this trip was a huge success; using the Tartan 27′ as a pocket cruiser instead of as a racer or day sailor as we usually do. The cabin interior is small but was well managed by a competent crew. Everyone commented on how well our T27 sails and points. I got to sail with my old buds from 4th grade: Don, Chris & Terry who helped make this all happen. I still can’t believe that we only used the spinnaker until well past Indian Point nuke plant. We had great wind and weather for this trip so thanks given to the wind and weather gods.